The automotive radiator fan helps cool the engine at low or idle speeds. In its absence, your car engine would overheat and get damaged. The fan comes in different types and fails in many different ways. As you can tell, there’s so much to know about the component. Here is a list of the most asked questions about radiator cooling fans and their answers.

Q1. Why is the cooling fan in car engine cooling systems important?

Car radiator fans blow air through the radiator and remove heat from the coolant. That way, the coolant continually takes away heat from the engine and dissipates it into the atmosphere. Most engine cooling fans today are electric, powered by a motor. A few (mostly older models) are mechanical and driven by the engine. In an electric radiator fan, an ECU controls when the fan runs and when to stop, while a thermal clutch performs the same function in mechanical fans.

Q2. At what temperature should a car cooling fan turn on?

The fan turns on when the engine heats up and the coolant temperature reaches around 200 degrees. For that to happen, the engine should be running but at a speed lower than 25mph. At this speed, the airflow through the grille is not strong enough to be useful. Common situations that activate the engine cooling fan are during engine idle and when caught in slow moving traffic.

Q3. Where is the radiator fan fuse and relay located?

The cooling fan fuse can be found in the fuse box or on the fan itself. The relay, on the other hand, is commonly mounted in the fuse box. These two components are among the most common causes of cooling fan failure. The fuse can blow and cut off current or the relay could go bad and cause the fan to stop working or even run without stopping. Both are replaceable, though, easily and cheaply.

Not unless you have a massive engine or looking to modify your current engine. Dual car radiator fans move more air and regulate engine temperature better. In most automotive applications, a single cooling fan is sufficient, unless you have overheating issues with the engine. Even then, you would need a mechanic to ascertain the reason for overheating before you can consider dual fans.

Q5. What causes a cooling fan not to work?

Both mechanical and electric car cooling fans fail for different reasons. If you have the mechanical type, the problem could be a broken clutch, worn bearing, snapped belt, or broken and missing blades. An electric radiator fan often fails if a fuse, relay, relay, sensor, or wiring goes bad. Also, if the motor burns out or wears out over time. An electric cooling fan also stops working correctly if some parts of the assembly such as blades or bearings get damaged. Some problems are fixable, while others call for a new fan.

The first thing to notice is the engine starting to overheat. The AC system in your car may also become ineffective and blow unconditioned air into the cabin. Other symptoms include the radiator fan making whining noise, clicking sound, or any other unusual noise. On closer examination, you may notice that it looks loose and wobbly. Apart from visual inspection, a cooling fan test can be used to confirm electrical faults.

Q7. Can I drive with the radiator fan not working?

You could but shouldn’t. The cooling fan helps to prevent the engine from overheating. If broken, you risk damaging the engine and causing yourself costly repairs or, in severe cases, engine replacement. That said, there are minor radiator problems that you could get away with before you can find a mechanic or repair shop. These include a broken blade, faulty control module, and other issues that do not cause the fan to stop completely.

Common reasons for radiator fan noise include a worn bearing and broken fan blade. A loose radiator fan will also make noise when it spins. In a nutshell, there’s likely a worn or broken part if you notice the radiator fan making loud noise. It needs to be checked, usually by examining it physically for breakage or looseness. Most noise problems can be fixed.

Q9. How much is the radiator fan repair cost?

The cost to repair radiator fan assemblies ranges from $100 to $200 depending on the nature of damage as well as your type of car. Radiator fan repair mostly involves replacing a blower fuse, changing a damaged relay, or any other replaceable part. During repair, the blades are also cleaned. When the problem isn’t fixable such as blown motor, you need to install a new fan and without delay. That’s because a broken radiator fan can cost you the engine.

Q10. How much is the radiator fan replacement cost?

You will spend anything from $400 up. This figure already has the radiator fan price included ($300 to $500 and higher). Replacing the cooling fan only takes around 3 hours unless there are parts to change such as belts or the clutch. If there are, the replacement could take longer and cost more. When buying radiator fan assemblies, ensure you choose one that matches the cooling needs of your car engine.

Q11. What features should I consider when looking to buy a radiator fan?

They are many but we will only highlight the most important. As a rule of the thumb, you should buy radiator fan assemblies based on your car details such as year of manufacture and model. This helps prevent compatibility issues. Then there are the specific features such as CFM rating, blade shape and material, and shroud.

Choose a high enough CFM rating based on your engine (1250 CFM if a 4-cylinder engine, 2000 CFM if a 6-cylinder engine, and 2500 CFM if an 8-cylinder engine). Straight blades are noisier than curved blades but push larger amounts of air per minute. You may also want to choose a shrouded fan. The shroud helps to channel air toward the radiator more efficiently than a fan without it.

When it comes to cooling the engine, the radiator fan is an indispensable part. It provides a stream of air when it’s needed most, such as when idling or driving at low speeds. From the questions above, it’s evident that the fan cooling system needs to be working every time you drive your car. That way, you are assured of an engine that won’t overheat. 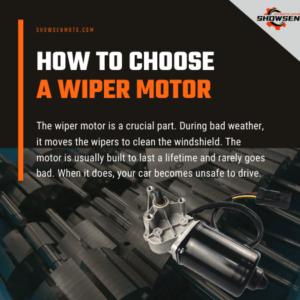 How to Choose a Windshield Wiper Motor 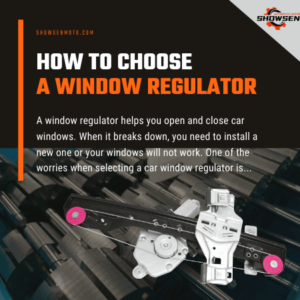 How to Choose a Window Regulator 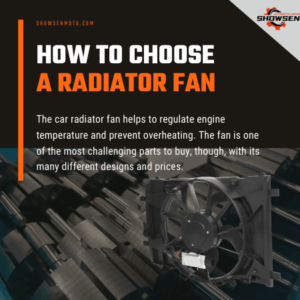 How to Choose a Radiator Fan

Subscribe to our Newsletter and get bonuses for the next purchase

No products in the cart.